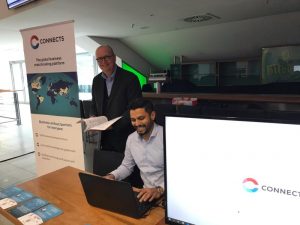 TIAO / CONNECTS team members Salvadore Jani, Jean Verschure and Joost Visser joined 600 Dutch and German entrepreneurs for the 10th edition of the Dutch German Trade Day held in the football stadium of Borussia Mönchengladbach on the 13th of November. The event was jointly hosted by the Netherlands Chamber of Commerce (KvK) and the German Chamber of Commerce Mittlerer Niederrhein (IHK). The Lower Rhine region and the Netherlands are very important trading partners.

During the event Dutch and German entrepreneurs were given a demonstration of CONNECTS and invited to join the platform, reinforcing bilateral trading relationships in a digital way. The CONNECTS team was delighted about the unanimously positive feedback from entrepreneurs and other stakeholders during the day. 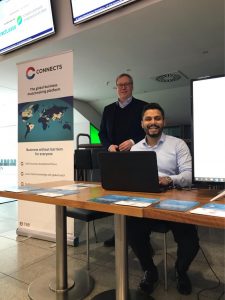 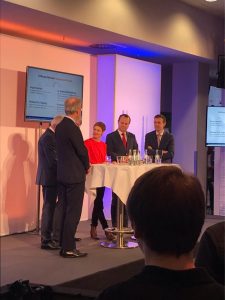 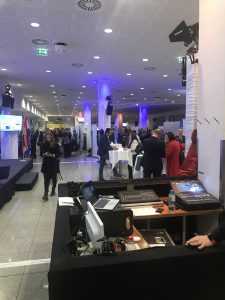